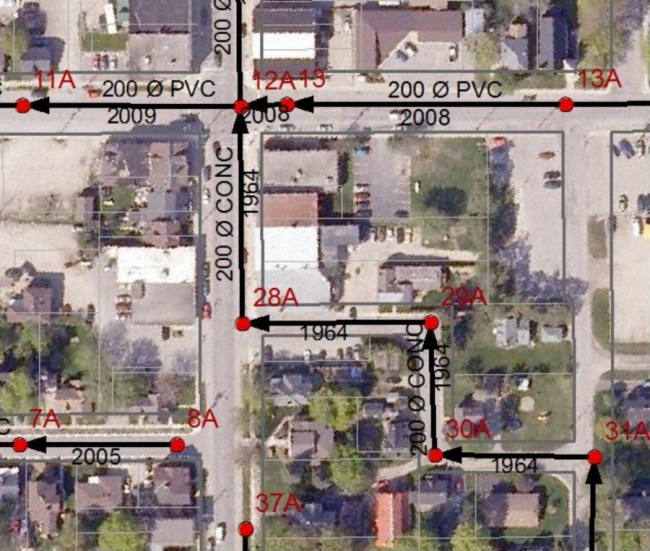 The Township of Perth East required a Financial Plan for water and sanitary infrastructure. The initial phase was for BMROSS to create plans and inventories of existing components. Since there was a lack of as-recorded drawings, it was decided to create the plans by collecting feature locations in the field using a GPS (global positioning system).

The 25 km of streets in Milverton and Shakespeare were traversed and all water valve, hydrant, manhole and catchbasin locations were captured to an accuracy of 10 centimetres. A data dictionary was utilized and included digital pictures of each hydrant being taken during the inventory and linked directly to the appropriate hydrant using Bluetooth communications with the handheld GPS.

The field data was imported into a Geographic Information System (GIS) for quality control and to create the line segments representing the pipes. The pipes were attributed with year installed, diameter and material. These GIS layers can be used for infrastructure planning and can be provided to contractors during new construction in order to append any new information.